Finn The Destoyer or Play With Your Dog!

I have an aggressive chewer of a dog.  You wouldn't think it to look at him, but put any soft toy within reach of his jaws and he will destroy it!

His name is Finn, and he's a Lab/Whippet mix.  He's as fast as greased lightning and as lean and svelte as a greyhound.

I have trained him to stay in my yard(I don't have a fence), so that he can run around and work off some of his excess energy.  The other day, we were out playing in the yard with a new tug toy that I bought him.  Admittedly, it was a cheap toy,(it only cost $1.60 at a local discount store), but he only had it for about two minutes when I looked over and saw him gleefully pulling stuffing out of the thing.  Needless to say, that was the end of that toy! 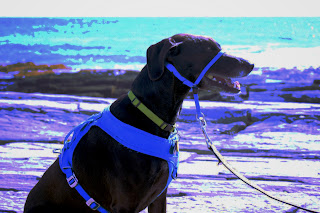 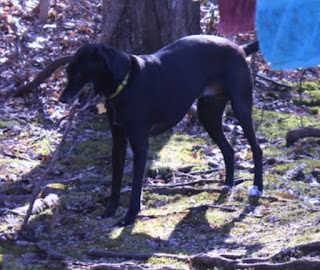 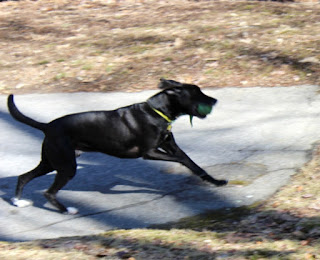 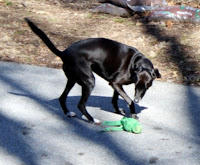 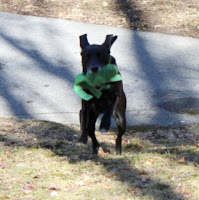 He also has or should I say had, something called a Wubber.  These toys fare better than most, but he has just destroyed his third one in about 2 years.

He loves playing tug of war and needless to say, these fetch toys don't do well. So I decided to make him one. 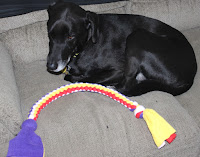 These box weave tug toys were made using the box weave knot and stitched and knotted at each end.  These have fared much better than the average tug toy that you can buy in a store, but I still have to take them away from Finn after we are through playing, because he will destroy these!

But, as long as I remove them after we are done playing, these last pretty well.

I have made some of these for sale.  Each is made with the care that I used in making Finn's toy.  But these are NOT CHEW TOYS!  They are for interactive play only.

Each of these toys are approximately 27 inches long, with about 17 inches between the knots. 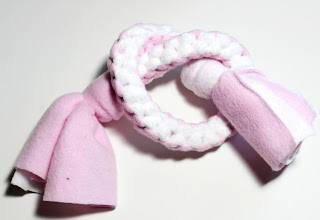 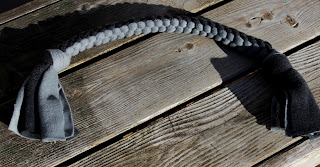 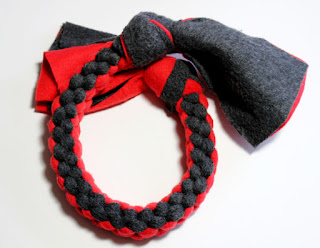 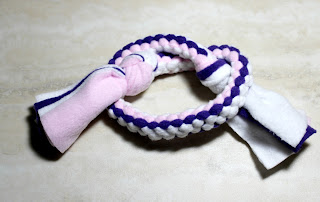 Posted by Wyvern Designs at 7:54 AM